Jio (Joint Implementation Opportunities) had put out the beta version of the app in May but has officially launched it on Thursday evening. Jio Platforms have a customer base of 400 million customers, which is the parent company of Jio Meet.

Zoom has been criticized for wrongly claiming end-to-end encryption, allowing the host to track the participants and privacy issues that included sending the user data to Facebook. This further strengthens the chances of Jio Meet to have a good hold in the market as Jio stated that security and simplicity were their priority.

What is Jio Meet?

Jio Meet is an Indian origin video-communication service that has been developed by Jio Platforms in competition to Zoom, Google Meet among others. Just like Zoom, Google Meet will offer an unlimited number of free calls in High Definition i.e. 720p. Jio Meet will support 100 participants with a 24-hour long uninterrupted facility which is quite a new feature.

Where do these apps benefit us?

Since millions of people have been working from home, video conferencing apps have taken a boom. For many it has become a part of their lifestyle, making it easy to work in such times. Schools and institutions have been using the apps for teaching digitally. These apps have also been helpful to keep in touch with friends and families.

The Jio Meet app is available on both Google Play Store and Apple App Store. The app comes with multi-device support that lets you easily switch from one device to the other, up to 5 devices. Another interesting feature of the application is Safe Driving Mode, which helps you attend an important call while you’re on the go.

What are the advantages of Jio Meet?

The app has been out under Aatmanirbhar Bharat Campaign, launched by our Prime Minister, and hence it will give us the opportunity to use a local app than being dependent on the others. The application is of Indian origin therefore data breaching might not happen, and it has been encrypted and protected by a password. It will help in creating more jobs in the country which will in turn help to lessen the unemployment rate. Another good feature of the application is that it can work on any device or operating system. 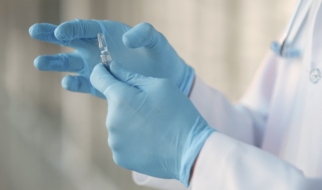