Home
/
Business
/
Covid-19: “Positive News” could be heard on Thursday?

British journalist, Robert Peston in a blog post mentioned, “I am hearing there will be positive news soon (perhaps tomorrow) on initial trials of the Oxford Covid-19 vaccine that is backed by AstraZeneca”.

As per the chief scientist of WHO, this investigational vaccine is probably the world’s leading and most advanced in terms of development.

The probable vaccine is undergoing the large-scale Phase III of human trials. This phase is of a human trial where it is tested finally if the vaccine can protect from COVID-19 without adverse effects. It will also determine the safety level and whether the vaccine induces some immune reaction.

The results of Phase I are yet to be published by The Lancet Medical Journal by the end of this month.

Professor of Vaccinology at the University of Oxford, Jenner Institute, Sarah Gilbert, head of the research remarked that she had a “high degree of confidence” in the vaccine.

Astra Zeneca is the British-Swedish multinational pharmaceutical and biopharmaceutical company that in “landmark partnership” with the Oxford University team had mentioned that 100 million doses could be made by late 2020 once the trial proved to be a success.

Update from other countries

As hundreds of countries are racing for developing a cure for the SARS-CoV-2 virus, here is a list of countries that are ahead in the same –

U.S.A.: Moderna Inc’s potential vaccine revealed that in all 45 healthy volunteers the vaccine proved to be safe and also aroused the immunity reactions. They will enter the final human trial stage on 27th July once the results are published. Phase 3 will include 30,000 participants.

China: Sinovac Biotech will be starting the Phase III trials of the speculated coronavirus vaccine. The trial will be taking place in Brazil. Instituto Butantan will be engaging almost 9,000 healthcare experts.

Russia: 2 Medical Research Centres concluded trials of the first phase. Two groups took part in the trials that were conducted for 28 days. The trials were conducted at First Moscow State Medical University and the Main Military Clinical Burdenko Hospital.

India: The Drug Controller General of India gave a green flag to Bharat Biotech to conduct the clinical trials of the vaccine, Covaxin. Another vaccine developed at Vaccine Technology Centre in Ahmedabad emerged to be successful in the first phase trials. 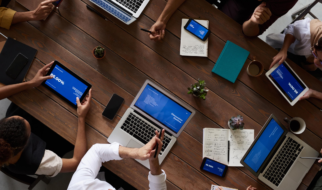