On July 17, 2020, chairman of HCL Technologies, Shiv Nadar stepped down from his position in the company. Board of Directors of HCL have decided to pass the baton to Roshni Nadar Malhotra, Mr. Shiv Nadar’s daughter and CEO of HCL Corporation. She is announced as the new chairperson with immediate effect. Roshni Nadar Malhotra at an age of 38, officially has become the first woman to head an Indian IT company and is presently responsible for all strategic decisions for the $8.9 billion technology company.

This transition has occurred during the pandemic crisis when the Securities and Exchange Board of India has given out instructions to the country’s top 500 companies to ensure the fact that the posts of chairman and Managing Director aren’t managed by the same person.

Vijayakumar CEO of HCL Technologies stated that this was part of the company’s succession planning exercise. Shiv Nadar, however, will still be seen continuing to be the Managing Director of HCL Corporation the with designation as Chief Strategy Officer

Who is Roshni Nadar Malhotra ?

Roshni Nadar Malhotra is the only child of HCL’s founder, Shiv Nadar and Kiran Nadar.

Roshni was brought up in Delhi and studied in Vasant Valley School. She graduated from Northwestern University majoring in Communication with a focus on Radio/TV/Film. She further pursued her Masters in Business Administration having a focus on Social Enterprise Management and Strategy from the Kellogg School of Management

On her personal front, Roshni is married to Shikhar Malhotra and they have two sons. Shikhar Malhotra is also the executive director and board member of HCL Corporation. He serves as the Vice Chairman & CEO of HCL Healthcare.

Besides becoming the recent chairman of HCL Technologies, Roshni Nadar Malhotra also heads as the chairperson of the company’s CSR Committee. At the age of 33, The World Summit on Innovation & Entrepreneurship (WSIE) gave her ‘The World’s Most Innovative People Award’ for Philanthropic Innovation for the year 2015.

She has consecutively featured in Forbes in The World’s 100 Most Powerful Women list for the year 2017, 2018, and 2019. Roshni is the richest woman of India as per IIFL Wealth Hurun India having a net worth of ₹36,800 crores.

She is also the founder and trustee of The Habitats Trust, a foundation working towards protecting habitats and their indigenous species. She also holds a say as a trustee of the Shiv Nadar Foundation, which is focused on education and has established some of India’s top colleges and schools. Roshni Nadar Malhotra was also recognized as the Indian Business Leader of the Year 2019 by Horasis, for having an internationally renowned think tank. 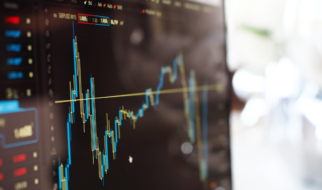 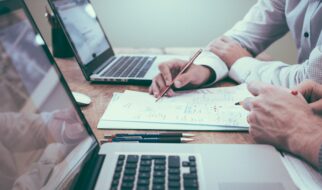